I don’t know if any of you (my very few readers) experience this, but every time a year draws to a close, memories seem to come flooding back to me. Over the last few weeks, I’ve been reminiscing about my very first project from when I was an intern in India. It’s one of the most interesting projects I’ve ever worked on, and taught me invaluable lessons in design and technology.

While in college, I also interned for an advertising/ content agency. After I had shadowed some of the project leads, the agency thought I was ready and could be entrusted with my first project; in this case for the Indian banking giant: ICICI Bank.

The project sounded simple enough: Design 54 static screens and implement them on the bank’s ATM machines. The client shared their style-guide and the 54 points of HCI (human computer interaction) for which the screens were to be designed (‘Withdraw money’, ‘Deposit money’, ‘Request deposit envelop’, ‘Confirm previous request’ etc). Apart from me (the project lead), the project had two other team members- the copywriter who would write the instructions, and the visual designer who would design the screens. However, we soon found out that the project came with its own complexities:

First, the bank used two types of ATM machines- DIEBOLD and NCR. While the screen size on both machines was identical, their button coordinates differed by a few pixels each. As the messages and instructions on the screens had to align perfectly with the ATM buttons, we ended up having to design two sets of 54 screens each instead of just one.

Second, the bank did not have a sandbox for testing the screens. We were only allowed to test on a live ATM machine during the daily refresh (ie, when money is loaded into the machines). In India this meant at 12 midnight!!

Third, once we had completed designing the screens in English, the client requested us to localize the same in 10 Indian languages. As can be expected- the translated text took up additional space and given the constrained size of an ATM screen- it was challenging to accommodate the translated copy as well as the branding for many of the use cases.

I made countless mistakes on the project, but I learned from these errors and from the feedback of senior colleagues. The project also introduced me to the social nature of design. For example, when we went out at midnight to test the screens, it was strange to jump over homeless people sleeping on the steps of the ATM kiosk only to be confronted by hundreds of thousands of INR (the Indian currency) being loaded into the machine. And- though some of my colleagues always accompanied me on these tests- my mother made my younger brother tag along (to safeguard the reputation of a young daughter)!

The project taught me how to manage clients, timelines, budgets, and team members. It taught me how to analyze for and implement design projects and how design, content, technology, and people informed each other. And it strengthened my passion for design (which- to be fair- had already been fostered in me by my mother). It was a proud moment when, after working for eight months, I had the opportunity to demo the project to global teams from Diebold & NCR that had flown in just to experience the new screens on their machines.

Over the years, the yellow-orange-red-white ICICI Bank ATM screens have become something of a design icon in India: ubiquitous, unambiguous, and working harmoniously on multiple types of machines. This last one was a critical success of our project. Before our screens, it was common to find ATM machines in India on which the onscreen button labels did not line up with the actual, physical, buttons, thus resulting in misunderstood requests- the machine was liable to show the ‘Change PIN’ screen when you had in fact pressed the button for money withdrawal!

The screens we designed corrected this. It was a moderately simple fix but improved the customer experience greatly; and since then I’ve not seen misaligned ATM screens from any bank anywhere in India. In conclusion, I’m not ashamed to say that I have withdrawn many unnecessary amounts of money just so I could interact with the ATM screens I delivered so many years ago 😊 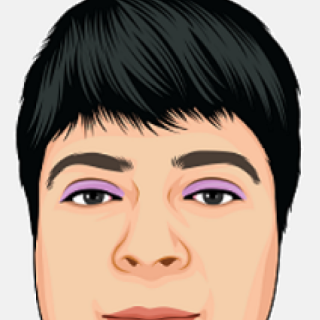 As a Learning Consultant, I am always looking to design solutions that are learner centric, stacked for goals, accessible and scalable, and which enhance the learner's equity, perspective, skills, & behavior.